On May 18, as invited by Associate Professor Leonardo Modesto, the 1999 Nobel Laureate in Physics Gerard ‘t Hooft came to SUSTech for academic visit and meet with students in the Department of Physics.

In the interview conducted by the SUSTech Student News Agency, Prof. ‘t Hooft recalled his early time in university and research experience. He encouraged students in SUSTech to have different specialties, different major subject and different interest. He warned that we should be very critical especially to ourselves, do not be happy with what we have learnt, but do not be worried about making mistakes. He said that he was not a man that knows everything, but still had the drive to try to understand things. 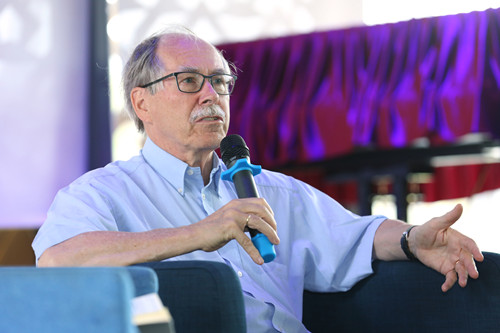 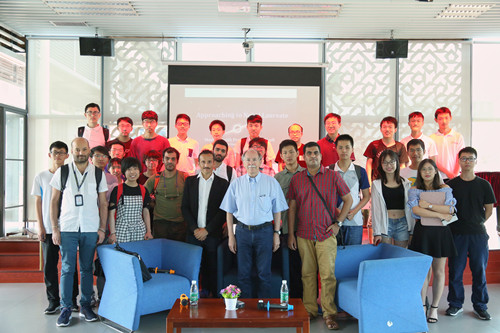 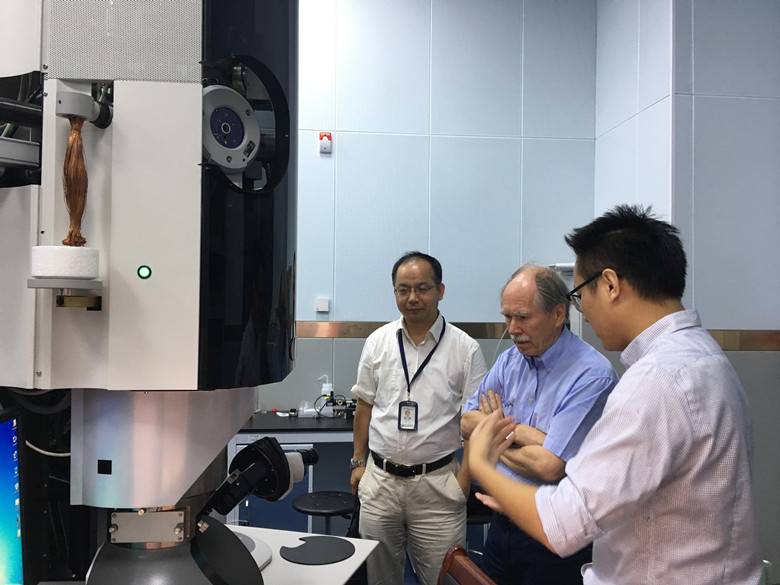 In the afternoon, he delivered a guest lecture on the quantum black hole at SUSTech.

Professor ‘t Hooft’s research focus is mainly on gauge theory at perturbative and non-perturbative level (including the confinement issue), but he also studies black hole physics and the information loss problem, quantum gravity, the holography principle, and fundamental aspects of quantum mechanics. Prof. ‘t Hooft has been a physics professor at Utrecht University since 1977 and won the Dannie Heineman Prize for Mathematical Physics (U.S.) in 1979. Three years later, he won the Wolf Prize and has become a member of the Royal Netherlands Academy of Arts and Sciences (KNAW), where he was appointed academy professor in 2003. As a Dutch scholar, he is also a foreign member of many other science academies, including the French Académie des Sciences, American National Academy of Sciences, American Academy of Arts and Sciences, and Britain and Ireland based Institute of Physics. He was awarded the Nobel Prize for Physics in 1999 for his work, in collaboration with Prof. M. Veltman, on renormalizability of gauge theories with spontaneous symmetry breaking.

As the combination of quantum physics and black hole physics, the study of quantum black hole is more complicated than studying quantum and black hole separately. During the guest lecture, Prof. ‘t Hooft explained the concept of quantum black hole in detail and managed to lead the audience to understand such concept gradually. To help the audience better engaged with his lecture topic, he quoted some well-known questions raised by famous physicists like Albert Einstein and Stephen Hawking: “What has the black hole done to fundamental particles?” “What happens to fundamental particles in the atom” “What kind of physical phenomenon will occur after the final black hole explosion?” After that, he answered and analyzed the questions above by applying those physicists’ theories and the Schrödinger equation.

Prof. ‘t Hooft told the audience: “The history of science tells us that only experiments can prove theories right, no matter how perfect the theories may seem.” Prof. ‘t Hooft went on to recall his personal experience related to this statement: “I often receive a lot of letters in which the writers are so stubborn that they think some existing theories are wrong while their ideas are better. I have to emphasize that it’s unprofessional to engage in discussions with no regard to current theories. And again, always remember using experiments to prove whether theories are right or not.”

Towards the end of the lecture, Prof. ‘t Hooft introduced recent developments in quantum black hole research and made the final remarks with emotions: “Physics is such a beautiful discipline, but we haven’t found the final complete answers to important questions. We still have a long way to go. Maybe the answers we get can better help us know what the standard physics model is like and how to calculate the status and momentum of particles. I’m not just talking about solving the black hole problem here. We could find the answer to the interactions of all particles. Although we know nothing about them now, we will find the answer one day.”

After the lecture, student and faculty members raised many interesting questions: “Is it possible to test the Hawking radiation theory on the black hole?” “Why is the black hole empty and curly on the inside?” “What will collapsing materials become?” With a strong stage presence, a loving personality and great patience, Prof. ‘t Hooft answered all the questions one by one.