Recently, Clarivate Analytics released its latest Essential Science Indicators (ESI) ranking data. The Physics discipline of the Southern University of Science and Technology (SUSTech) entered the top 1% of ESI in the world for the first time, making it the University’s sixth discipline on the list, following Chemistry, Materials Science, Engineering, Clinical Medicine, and Environment/Ecology. 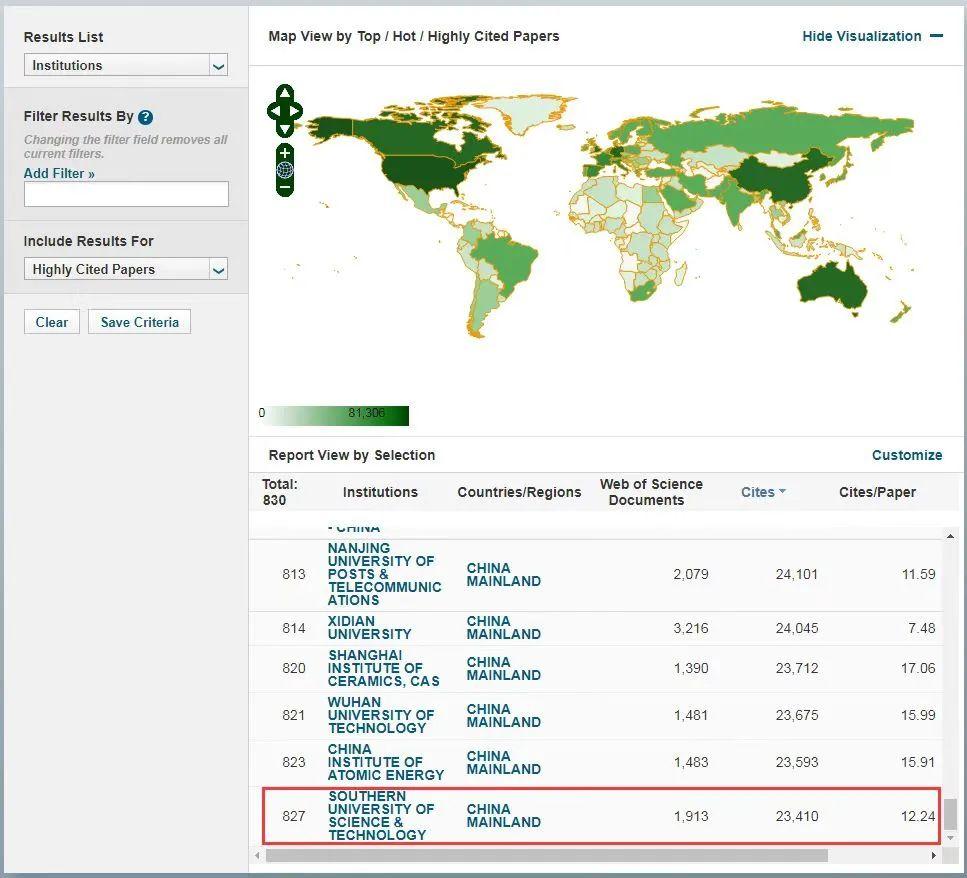 The ESI ranking is based on citation statistics for the period from January 1, 2011, to December 31, 2021. A total of 59 new disciplines from universities and institutions across the country have entered the top 1% globally. For its Physics discipline, SUSTech has published 1,913 ESI papers, with a total of 23,410 citations, ranking 49th among institutions in China.

Established in 2011, the Department of Physics at SUSTech is one of the earliest established departments in the University and is committed to providing first-class physics education and research.

The ESI is an analytical tool that helps identify top-performing research based on the Web of Science Core Collection. ESI surveys more than 12,000 journals worldwide indexed by SCI and SSCI in a rolling 10-year period to rank authors, institutions, countries, and journals in 22 broad fields based on publication and citation performance. It has become an important indicator for evaluating the international academic level and influence of academic institutions and universities in the world today.

previous next：Fundamental position of complex numbers in quantum mechanics next