Conversion processes waste more than two-thirds of the energy in the world, which can be potentially collected by technology that captures waste heat. Thermoelectric technology is an attractive option because it can be easily adapted for many situations due to its small size and lack of rotating parts or gas emissions.

One major obstacle to using thermoelectric technology for real applications is its low conversion efficiency. Its efficiency is directly determined by the dimensionless figure of merit, zT = S2σT/(ke+kL) of thermoelectric materials, where S, σ, T, ke, and kL are the Seebeck coefficient, electrical conductivity, absolute temperature, carrier thermal conductivity, and lattice thermal conductivity, respectively. However, it is very hard to optimize the electrical and thermal transport properties simultaneously.

Chair Professor Jiaqing He’s group from the Department of Physics at the Southern University of Science and Technology (SUSTech) has recently published their research about high-entropy thermoelectric materials.

Their paper, entitled “High figure-of-merit and power generation in high-entropy GeTe-based thermoelectrics,” was published in Science. They largely depressed the lattice thermal conductivity by forming high-entropy composition. Then the localization of electrons was tuned by increasing disorder, resulting in the high electrical transport properties. Due to the depressed lattice thermal conductivity and improved electrical transport properties, the figure-of-merit, zT, was largely increased, and the conversion efficiency of the thermoelectric module was also improved to a record-high value. This work will promote the widely-spread application of the high-entropy concept in thermoelectric research.

The projected electric field images of the GeTe-based samples were further converted to projected charge density maps according to Gauss’s law. In the octahedron formed by one Ge atom and six Te atoms, Prof. He’s team observed three shorter bonds and three longer bonds, where the electrons were highly localized and formed shorter bonds because of symmetry breaking in the rhombohedral structure with a distorted lattice. By forming high-entropy materials with more element species, the charge density in the gaps between the Ge sites and surrounding Te sites was quite similar, demonstrating a delocalized distribution of electrons. 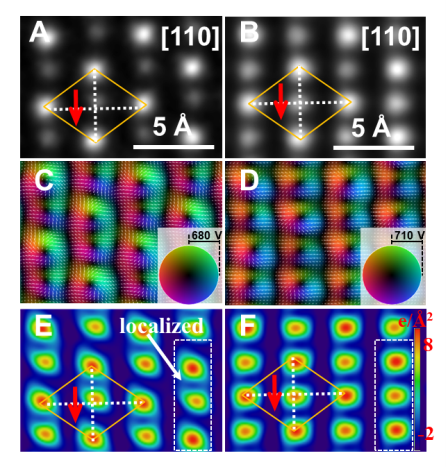 Figure 1. Tuning the localization of electrons by tuning the position of atoms

The large lattice strains demonstrated that the symmetry of the crystal structure broke down, which changed the distribution and propagation of the phonons. The formation of high-entropy materials was expected to break the center of inversion symmetry in GeTe, resulting in the development of a net dipole moment and the broadening of Raman peaks or new active Raman modes. The vibrating atoms experienced the distribution of chemical environments, leading to fluctuations in the vibration frequencies. These Raman results suggested that the phonon mode split with the breakdown of the center of inversion symmetry in the octahedron. Therefore, the heat propagation between the split phonon modes was scattered because of the different vibrational frequencies.

This phenomenon of broadening and excessive phonon modes could be explained by the (quasi)localized phonons, which arose from phonon damping related to the structural disorder. Phonon damping would typically strengthen scattering for phonons and decrease the mean free path. In a high-entropy system with a large disorder, phonon damping should be sufficiently strong, resulting in a small mean free path comparable to the wavelength and approaching the Loffe-Regel limit.

Due to the significantly depressed lattice thermal conductivity and improved electrical transport properties, the ZT value of GeTe-based materials was largely promoted to a record-high value of 2.7. The researchers fabricated the thermoelectric module based on the high-performance materials, showing a high experimental conversion efficiency of 13.3%.

Prof. Binbin Jiang at the University of Electronic Science and Technology of China (UESTC) and formerly of SUSTech, and Research Asst. Prof. Wu Wang are the first authors of this paper. Prof. Jiaqing He at SUSTech is the corresponding author. Assoc. Prof. Mingyuan Huang’s group at SUSTech also participated in this study.