Causal order is the basic concept for us to comprehend the world, which is also the basis of time. It plays a crucial role in our cognition, allowing us to determine the cause of certain events, make scientific predictions for the future, and choose reasonable action to achieve the goal. However, as we move into the quantum world, the causal order of events may become less certain. For example, there may be a kind of indefinite causal order corresponding to a quantum superposition of “A causes B” and “B causes A”. 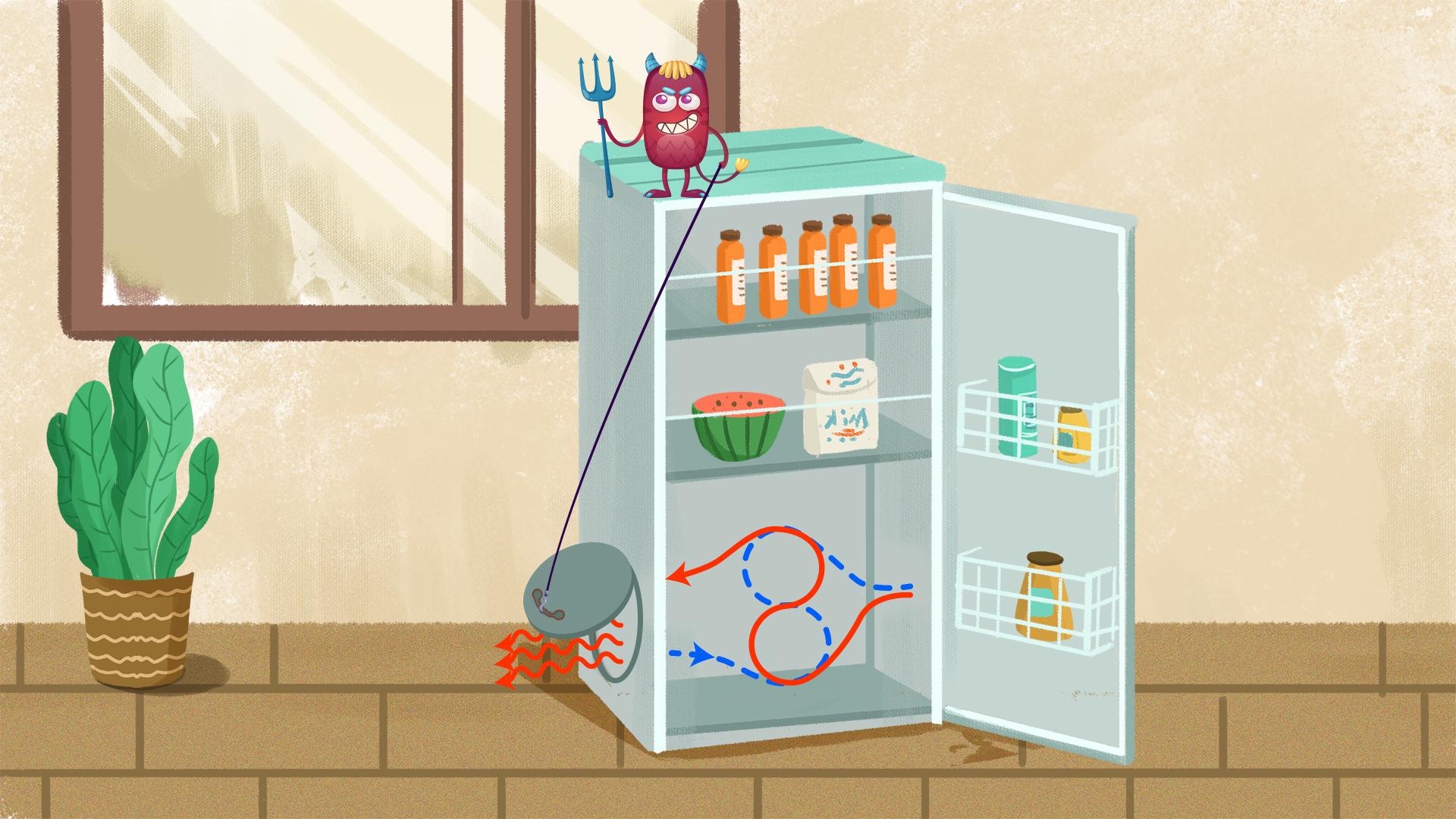 Associate Professor Dawei Lu’s group from the Shenzhen Institute for Quantum Science and Engineering (SIQSE) and the Department of Physics at the Southern University of Science and Technology (SUSTech) has recently realized a quantum refrigerator driven by indefinite causal orders in the experiment.

Their research, entitled “Experimental realization of a quantum refrigerator driven by indefinite causal orders,” was published in Physical Review Letters, a top international journal in physics. 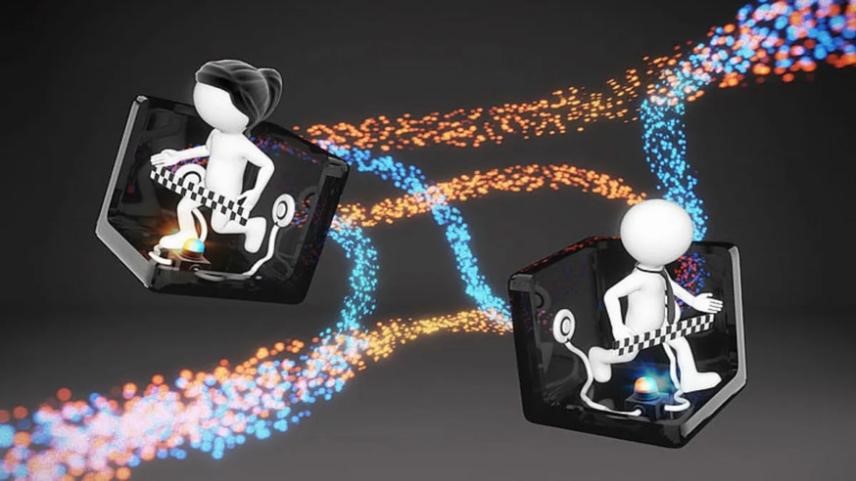 In 2017, Giulia Rubino and his colleagues [Science advances 3(3), 1602589 (2017)] had shown experimentally that the causal order in the quantum world can indeed become uncertain. Through constructing a kind of quantum switch (using the state of a single photon to control the order of logic gates), they realized a quantum superposition of the order of logic gates. Finally, they enquired about “causal witness” in the output to judge whether this process was in definite causal order.

Figure 2. The quantum superposition of the order of logic gates (from Giulia Rubino’s paper).

Surprisingly, in 2020, Felce and Vedral [PRL 125, 070603 (2020)] found that when you arrange two thermodynamic processes events, A and B, in an indefinite causal order, the final temperature of the target object can rise or fall by questioning the “causal witness”. This seems to violate the second law of thermodynamics. This phenomenon is like the “Maxwell Demon” paradox, which does not violate the most basic physical law, the second law of thermodynamics, and the “causal witness” is just like the mischievous demon who keeps observing and remembering.

In thermal contact with an indefinite causal order, the change in entropy comes from our observations of a “causal witness” or demons. If a demon is included in the system, the entropy of the system does not decrease spontaneously. During this process, one can observe a non-classical heat transfer. Through this amazing phenomenon, you can realize a quantum refrigerator based on the principle of indefinite causal order.

Figure 3. In C2F3I sample, researchers used the fluorine nucleus in the upper left corner as the working bit, the carbon nucleus in the middle as the control qubit, and two fluorine nuclei as the reservoir. The final measurement result of the control qubit decides the direction of heat flow. Using this property, researchers realized a quantum refrigerator driven by indefinite causal order.

In this experiment, they mainly focused on the heat transfer, successful probability, and efficiency of this quantum refrigerator.

During the studies of this refrigerator based on indefinite casual order, Prof. Lu’s team found the efficiency of this refrigerator was limited by the successful probability of “causal witness” and bounded to a relatively small value (roughly 0.08). To increase efficiency, they proposed a framework based on density matrix exponentiation (DME). This method increased efficiency three times and was verified by the experiment. This work successfully demonstrated a non-classical heat transfer, paving the road to future studies of quantum refrigerators. 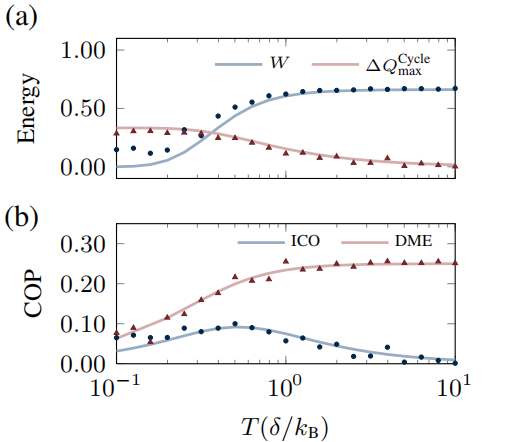 Figure 5. (a) In a single cycle, the work consumed and heat transfer as a function of temperature (b) At different temperatures, the efficiencies of the original refrigerator were driven by indefinite casual order and the refrigerator improved by the density matrix exponentiation method. The efficiency was improved significantly.

Xinfang Nie, Research Assoc. Prof. from the Department of Physics at SUSTech and Xuanran Zhu, an undergraduate student of Assoc. Prof. Dawei Lu’s research group at SUSTech and currently a Ph.D. student at the Hong Kong University of Science and Technology (HKUST), are the co-first authors of this paper.

Other collaborators of this work included Ying Dong from Zhejiang Lab, and Jun Li and Tao Xin from SIQSE at SUSTech. Ying Dong, Tao Xin, and Dawei Lu are the corresponding authors. SUSTech is the first corresponding unit.